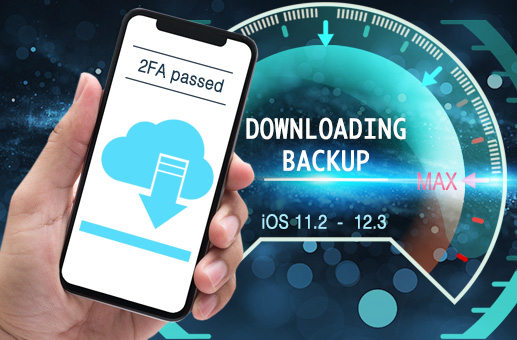 Elcomsoft Phone Breaker 9.10 introduces experimental support for iCloud backups created with iPhone and iPad devices running iOS 11.2 through 12.4 even if two-factor authentication is enabled. In addition, the tool is now able to access the complete set of iCloud synchronized data from Windows computers.

Elcomsoft Phone Breaker 9.10 is updated to fix two major compatibility issues when accessing iCloud data. In previous versions of the tool, access to iCloud backups was limited. The tool supported backups created by all versions of iOS if the Apple account was not protected with two-factor authentication. For accounts featuring two-factor authentication, access to iCloud backups was limited to iOS 11.1.4 and below. In this release, we implemented experimental support enabling access to iCloud backups produced with all versions of iOS up to and including iOS 12.4, even if the account in question is protected by two-factor authentication. This experimental support for iOS 11.2 – 12.4 backups is exclusively available to the users of Elcomsoft Phone Breaker Forensic Edition.

The Windows version of the tool receives support for accessing the complete set of iCloud synchronized data, including Health and Messages, making it par with the Mac edition.

EPB 9.10 implements a multi-threaded algorithm to decrypt encrypted iTunes backups, now utilizing all available CPU and GPU resources to speed up the decryption. Thanks to the new decryption engine, the time required to decrypt local backups has been drastically reduced. In addition, the iCloud download speeds are once again improved over the previous releases for large amounts of synchronized data.

The update is free of charge to all customers who purchased or renewed their Elcomsoft Phone Breaker or Elcomsoft Mobile Forensic Bundle license within one year. Discounted renewal is available to customers whose maintenance plan has already expired.